When I discovered we lost Griffin, I immediately reached out to my friends for prayers. One of my friends, who happened to be a photographer offered to be at the hospital to take pictures of Griffin. This particular friend was due 3 weeks after me. So, Griffin’s body was around the same age as the little babe in her belly. I don’t know how she did it.

The pictures have been a true blessing to me and I often find myself going back through them just to see my baby once again. However, with these pictures I had this unfounded fear. A fear that my dear friend would always remember my son in a not so pleasant sight. I feared that she didn’t see him the way I saw him. Did she see his resemblance to his brothers? Was she disturb or scarred by his outward appearance? Could she see past the effects of death? I knew she did, but still I was bombarded by this fear. Deep down I wanted my son to be seen like all parents want their children to be seen…beautiful, precious, priceless. 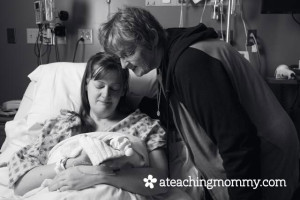 As I thought all of those things, I began to wonder. Lord, do I see your children? Really see them? Do I see their beauty behind all the ugliness of this world? Do I find them precious when they’re surround by the messes. Do I see their value the way You do?

I pray for forgiveness if I ever failed to see and I ask that my eyes will be open to really see God’s children like I saw my son that day- beautiful, precious, priceless.

Are your eyes open? Do you really see God’s children? Do you SEE YOU through the Heavenly Father’s eyes?  Oh, friend let me tell you, no matter what this world says or does, GOD SEES YOU! He longs to be near to you.  HE LOVES YOU so much that He sent His one and only son to DIE FOR YOU.  You are HIS CHILD and YOU are BEAUTIFUL, PRECIOUS and PRICELESS.