It is with heavy heart that I announce the birth of our son, Griffin Jeremiah. He was born, January 8, at 7:27 a.m., but he was already in his Heavenly Father’s arms. 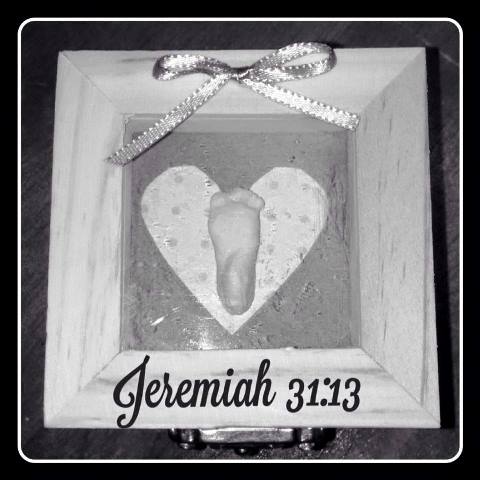 “I will turn their mourning into gladness; I will give them comfort and joy instead of sorrow.” – Jeremiah 31:13

Wednesday morning we went in for a regularly scheduled ultrasound hoping to learn the gender of the baby. Instead, we were heartbroken to discover that he had already passed. The doctors estimated that he was about 17 weeks along when he went to be with Jesus.

We are devastated, but grateful for the time we did have with him. We appreciate your prayers as we mourn the loss of our son. It’s a heartache we can’t possibly put into words.

We have established a memorial fund at A Woman’s Choice as a way to honor Griffin’s life and, Lord willing, to give life to another child.  You can learn more about it HERE.