Ok, so we had this GREAT idea for a field trip this week…THE ZOO!  We know that its winter, but we figured we could bundle the kiddos up and go see some polar animals!

Ok, so we were literally THE ONLY people at our zoo.  There apparently was a class meeting somewhere on the campus, so we were fooled by the cars in the parking lot.  Observe this shot of the normally bustling entrance….. 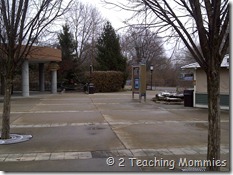 You get the point.  The plus to being the only people at the zoo?  You have the run of the place, and the animals, having been deprived of visitors willing to brave the cold, are VERY attentive!  The seals put on a show for the kiddos for quite a while! 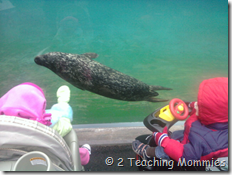 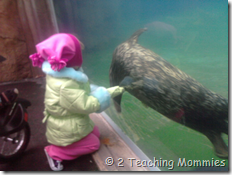 Now, I brought my camera, but I forgot the memory card.  Madonna completely forgot her camera, also.  Step in cell phones.   The kids were not amused… 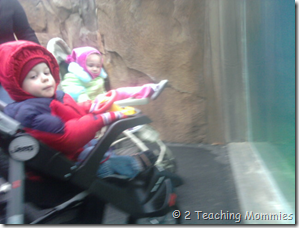 Now, the cameras drain the battery on your phone, so we didn’t get many pics. Our Polar Bears were off exhibit, but we did catch some shots of the seals, who were SUPER CUTE!! 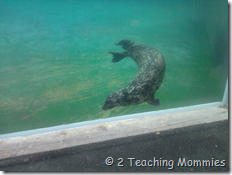 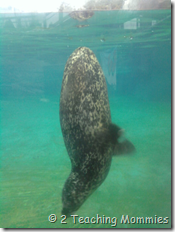 I highly recommend visiting the zoo in the off months.  The animals are much more active in cooler weather, and the smaller crowds (or the lack of any CROWD) means you can stand and stare at whatever animal you want without feeling like your in the way!  Check out this crazy goose! 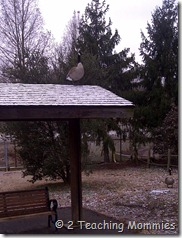 Okay, I know, that was totally random, but I had the pic.  The big cats, the llamas, and the wolves were also very active.  In addition we also had full, uninterrupted access to the indoor exhibits, which were heated 😉

Hope you all have a great week!