That’s how I would describe the last 24 hours.  You see, yesterday my son was looking a lot like Neo from The Matrix. 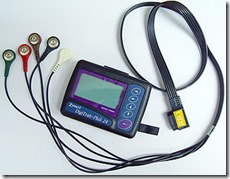 With WPW, Lil’Bro has had several 24 hour Holter tests done.  However, this was the first one he’s had since he started moving around more.  You would think they would have developed something wireless by now. Or a way to secure it to a feisty baby, but unfortunately this is what we were stuck with. 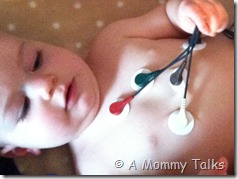 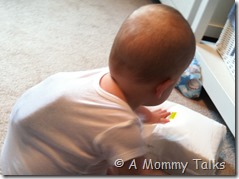 I don’t know about your kiddos, but my 9 month old is a curious fellow, who especially loves cords.  Throw that on top of keeping a record of his activities for the day, homeschooling his brother, dealing with the crank (because who really can sleep with pack on their back) and everything else, you can image we had one crazy 24 hours.

All in all, we had to replace and reattached leads (those colorful things that stick to his chest) several times.   We even wrapped him in an Ace bandage before he went to bed last night in hopes to keep them all in place.

Praying that enough data was collected, so we can move forward with our next steps.