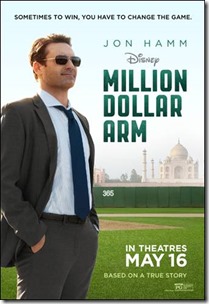 Sports have a way of teaching us about ourselves and what it means to be a unit. But Million Dollar Arm isn’t a movie about baseball. The themes and story lines go far beyond the world of sports.

Storyline
JB Bernstein (Jon Hamm) has struck out on his own and, when he can’t land new clients to replace his retiring clientele, his career as a sports agent is in serious jeopardy . So he turns his efforts to the nation of India where he hopes to find a cricket player he can groom into the next great pitching ace and cash in big by introducing baseball to a billion new fans. He discovers Dinesh and Rinku, two 18-year olds, who know as much about baseball as they do about life in America. While these boys are transformed into baseball players JB is forced to make some changes of his own, with the help of his tenant Brenda, to see his plan succeed. 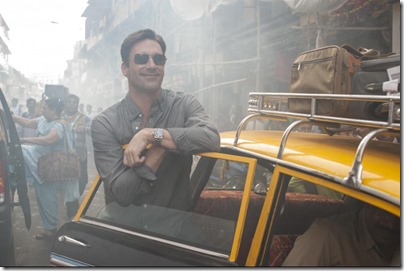 Overall
This is a great, great film. From the opening scene you are rooting for JB to succeed. And what seems like a far-fetched plan to find new clients makes for a great story line about family, determination, and self sacrifice. The best part is that it’s based on a true story. 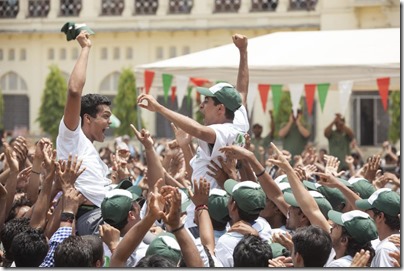 I enjoyed seeing JB experience India and all of it’s cultural differences then watching the tables turn as Dinesh, Rinku and Amit (the assistant JB hires on a whim in India) learn to adapt to life in Los Angeles. There’s nothing cliche about it and at times you think you’re watching a documentary because the interactions between the characters seem so authentic. 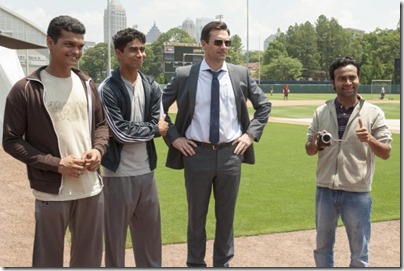 Not a big sports fan? No worries. Baseball is really just the backdrop for a film about a man determined to see his plan succeed and learning that his lifestyle must change so that he can help others realize their dreams.

Bottom Line
This is a great family film for parents with older kids and it’s definitely worth the price of admission. It’s a sports movie, a chick flick and a comedy all rolled up. It’s also a great window into the life of a sports agent and gives a taste of Indian culture. And the best part is that it’s true. 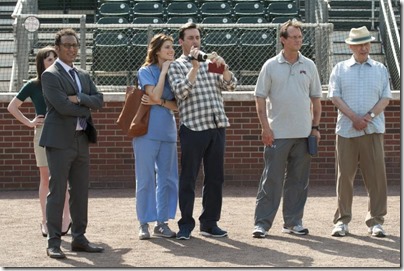