Learning should be fun.

As a teacher and a homeschooling mommy I’ve always tried to find ways to make learning enjoyable. I believe when students are having fun they are more likely to engage with the subject matter and retain what they learn. But sometimes, if you’re really good at it, your kiddo can simply have fun while learning in disguise. It takes some extra creativity and planning, but the moment the light bulb goes off and your kiddo realizes they learned something new without trying is priceless. 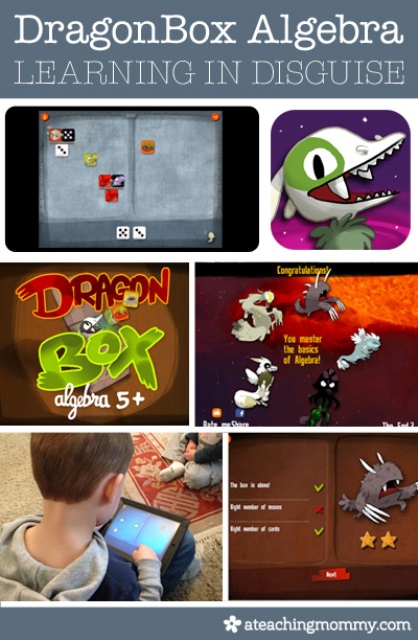 Disclosure: I received this product for free and was compensated for my time. All opinions expressed are my own and I was not required to post a positive review.

That’s what is so fascinating about DragonBox Algebra from We Want to Know. DragonBox teaches your child the basics of algebra while they play a problem-solving game on a tablet or smart phone. I’ll be honest. I had to play several levels before I realized how the game was actually teaching algebra, but the moment I realized what the creators where doing I was enthralled and had to keep playing.

In the game your child is presented with a box divided in half. On either side of the divider are cards with numbers or monster pics on them and a “glowing” box. The object of the game is to isolate the box on one side after you have eliminated as many of the elements as possible from the other side. Each level gets progressively harder as new elements and functionality are added to the game. The idea is that after playing and completing all four worlds your child will be able to solve an algebraic equation.  Check out this brief trailer for a better look.

Our Experience with DragonBox Algebra 5+

We tested the DragonBox Algebra 5+ app which is a great introduction to the concepts of algebra. At first Lil’Man, seven years old, didn’t understand the concept of the game. So I had to coach him through the first few levels. (I found this helpful guide on the creator’s website that gives parents some pointers on how to use the game.) The object of the game is to collect stars as you complete levels. I liked that the reward screen tells your child the criteria for earning stars. You may be able to solve the problem, but you only earn three stars if you do it in the fewest amount of moves. This helps Lil’Man to know where he needs to improve. 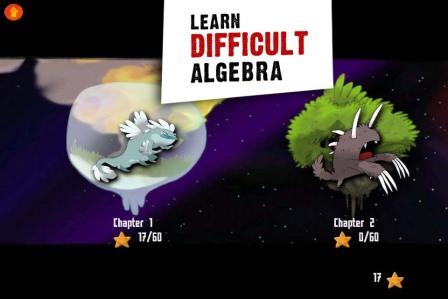 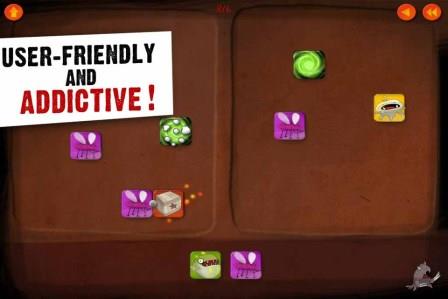 If you’re looking for an app that encourages your child to stretch themselves mathematically then I recommend adding this app to your collection. And the best part? Your child will secretly be learning algebra!

DragonBox App is giving away access to the web based versions of the algebra and geometry apps to a total of 100 people​. (No mobile device is necessary.) This is valid for anyone in the world.

Find out More About DragonBox Algebra 5+