There is always more to every story. We all know the tale of the beautiful yet unfortunate girl who meets a fairy godmother, puts on a pair of glass slippers, and falls in love with the man of her dreams. She slips away before midnight leaving the prince to scour his kingdom for the girl with the glass slippers. But this story begins long before golden carriages and evil stepsisters.

“Cinderella” is the story of Ella, the daughter of a merchant who remarries after the death of his wife. She makes an effort to welcome her new stepmother and stepsisters into her family and home, but when Ella’s father passes the tables turn and she finds herself on the bad side of her new family members. Now known as Cinderella, the servant girl strives to live up to her mother’s dying wish that she would “have courage and be kind.” 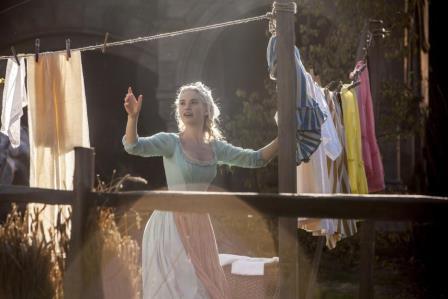 The familiar story begins to take off when Cinderella meets a handsome stranger in the woods who lives in the Palace and soon after she receives an invitation to a ball. You know the rest of the story, but you’ve not seen it portrayed quite like this. 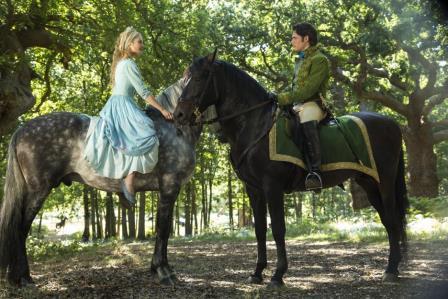 I truly enjoyed this adaptation of the classic tale. I loved seeing Cinderella with her mother and father and how their relationship shaped the heroine. This gave the audience a better understanding of just how much grace it took for Cinderella to carry herself under the weight of her stepmother’s demands. You see the evolution of her relationship with her stepmother and sisters as she goes from someone simply concerned for the care of her home to the sole caretaker and servant. The audience can even empathize with the plight of the stepmother as the events leading up to her circumstances are revealed. The back story of classic tales has become a treasure trove of late for new Disney movies. 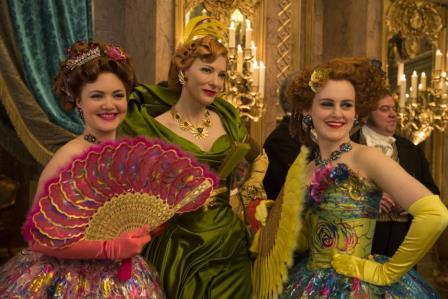 I really enjoyed the well-placed comedy in Cinderella. It’s a physical comedy that toes the line of slap stick. You’ll love the fairy godmother and how she whips together the accouterments befitting a princess for the night of the ball. The stepsisters, while not the kindest characters, were more ditzy than cruel. They were also materialistic. 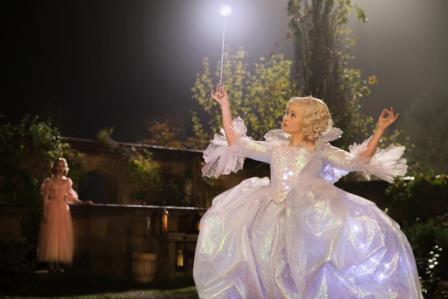 The costuming was amazing. All the colors were vivid and bold. I loved how the costumes of the carriage attendants gave a nod to the animals they once were. I would not be surprised to see this film receive a few award nominations for the costuming. 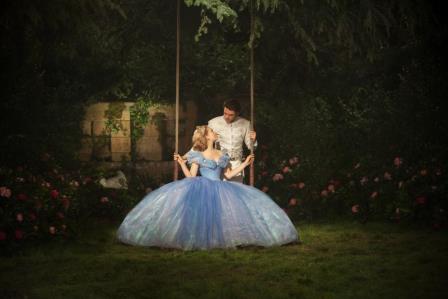 I highly recommend this movie. It was a great girls night out for me. While you may be considering watching this one as a family I must warn you that the movie depicts the death of three parents. Though it was harmless visually, the storytelling may lead to some difficult conversations with your younger children about mortality and loss.  I’d say this movie is more ideal for ages 7 and up. 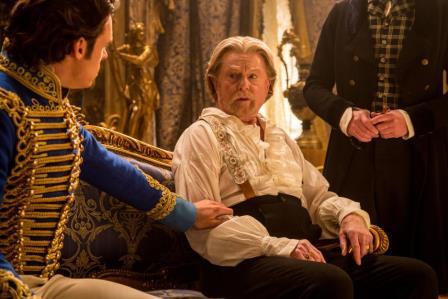 We should come to expect it by now, but the shorts before the Disney features are always a delightful surprise. Cinderella opens with a short featuring your favorite characters from Frozen. It is hilarious! Just imagine what chaos an ice queen with a cold and uncontrollable sneezing can bring.

Cinderella is rated PG and is now playing in theatres everywhere!